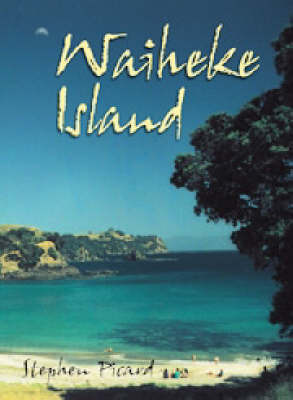 The island of Waiheke lies 17 kilometres east of Auckland and 15 kilometres west of Coromandel in the Hauraki Gulf, belonging to the North Island of New Zealand. It is the largest of the 40 or so islands within the Gulf and has 96 kilometres of coastline. The island is circled by delightful beaches. There are fine sandy beaches and many deep sheltered bays which provide good anchorages. Modern Waiheke has seen he western part of the island become a marine suburb of Auckland, with about 1,000 people making a daily, 35-minute ferry commute to town. East Waiheke is still relatively remote and pastoral, resembling the Scottish highlands. The overall impression of the island today is of quiet cottages clustered in settlements, fantasy houses clinging to the hillsides and commanding the ridgelines fringing the beaches, with peaceful pastures undulating down to the coast. The coastscape is an increasingly Mediterranean mix of vineyard and olive plantings. The standing population of around 9,000 people swells to over 30,000 over the summer weekends and holidays.