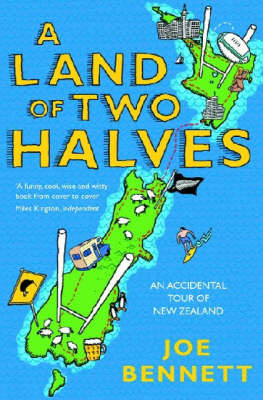 A Land of Two Halves

After fifteen years in New Zealand, Joe Bennett asked himself where on earth he was. The country he had arrived in and liked so much didn't seem to be the one the world's media was excitedly discovering. So he packed his bag, said farewell to his dog and stuck out his thumb. Observing both the intriguingly named North and South Islands from the passenger seat as a hitchhiker, with an eye for oddity and a taste for conversation, Bennett began to understand why this land of two halves had seduced him. And why it's now doing the same to the rest of the world.

Joe Bennett was born in Brighton and since leaving Cambridge University has taught English in a variety of countries including Canada, Spain and New Zealand. He lives in Christchurch, New Zealand.