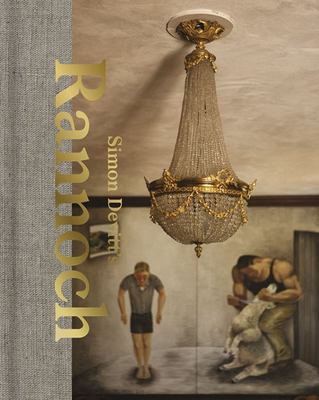 It’s been said someone’s home is an outward expression of what lies within. Evidence to suggest a life, a way of living. Rannoch, a gracious Arts and Crafts style property on the side of Auckland’s Mt Eden volcano, exudes the character, energy and passions of it’s current resident, Sir James Wallace. Known as one of New Zealand’s biggest arts patrons, Sir James began purchasing and commissioning works in the 1960’s after being inspired by the galleries of Boston while on a scholarship from King’s College. His collection, which now numbers in excess of 8000 pieces has, for many years brought a juxtaposition between a wide breadth of contemporary New Zealand art practice and the elegant, century-old interior and exterior spaces of the Rannoch estate.

Simon Devitt, Photographer of Architecture, has been commissioned to capture the essence of Rannoch, to acknowledge its unique position in the history of New Zealand art and to celebrate its centenary as a dwelling. In the spirit of preceding years where Sir James Wallace has encouraged New Zealanders to support local creative endeavours, there is now an opportunity for individuals to become patrons of this work by purchasing this superb photographic book.

SIMON DEVITT is a photographer born on a bed of pine needles to a high priestess. He is based in Auckland, New Zealand. His practice focus is Architecture. As part of his photography practice, Simon travels extensively throughout Australasia and further afield. His work is published in numerous national and international magazines including Elle Decor (Italia), Architectural Digest (Germany), Dwell (USA), Habitus, InDesign (Australia), Architecture NZ, Urbis, and Interior (NZ). Devitt's images also feature in many books including Julia Gatley's Long Live the Modern (AUP, 2009), Group Architects: Towards a New Zealand Architecture (AUP, 2010) and Athfield Architects (AUP, 2012). In 2011 Devitt collaborated on a book with Andrea Stevens, Summer Houses (Penguin, 2011) and in 2013 he launched his first self-published book on the Athfield residence in Wellington, Portrait of a House. Devitt lectures in Photography of Architecture at the University of Auckland. He has exhibited in both group and solo shows and is currently represented in Italy by Photofoyer.