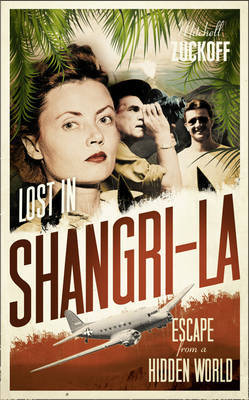 Lost in Shangri-La: Escape From A Hidden World - A True Story

An utterly gripping non-fiction adventure narrative, Lost in Shangri-La is an untold true story of war, anthropology, survival, discovery, heroism and a near-impossible rescue mission. Three months before the end of World War II, a U.S. Army plane flying over New Guinea crashed in uncharted mountains inhabited by a Stone Age tribe. Nineteen passengers and crew were killed and two were mortally wounded. But somehow three survived: a lieutenant whose twin brother died in the crash, a sergeant who suffered terrible head wounds, and a beautiful member of the Women's Army Corps. Hurt, unarmed and afraid, they prayed for deliverance - from their wounds, from the elements and from the spear-carrying Dani tribesmen, who roamed the mountains, men who were untouched by modernity. For seven weeks, the survivors experienced one remarkable adventure after another, until they were rescued in a truly incredible mission. Using a huge range of sources, including first hand accounts from the survivors themselves, Mitchell Zukoff exposes the enlightening and terrifying adventure of three individuals lost on uncharted soil and the relationships they built not only with each other, but also with a lost civilization.

Mitchell Zuckoff is a professor of journalism at Boston University. He is the author of Robert Altman: An Oral Biography, Ponzi's Scheme: The True Story of a Financial Legend, Judgment Ridge: The True Story of the Dartmouth Murders, with Dick Lehr, and Choosing Naia: A Family's Journey. He was a finalist for a Pulitzer Prize in investigative reporting, and the winner of numerous national awards as a reporter for The Boston Globe. He lives outside Boston.