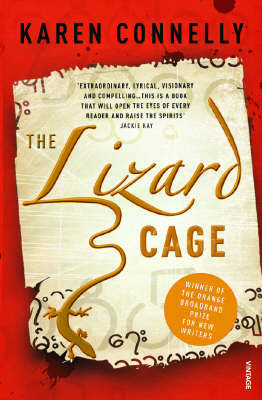 Teza once electrified the people of Burma with his protest songs against the dictatorship. Arrested by the Burmese secret police in the days of mass protest, he is seven years into a twenty-year sentence in solitary confinement, cut off from his family and contact with other prisoners. Enduring the harsh conditions with resourcefulness, Buddhist patience and humour, he searches for news and human connection in every being and object that is grudgingly allowed into his cell. Despite his isolation, Teza has a profound influence on the world of the cage. He inspires the conscience-ridden senior jailer to radical change. His very existence challenges the brutal authority of Handsome, the junior jailer. Even though his server, the criminal Sein Yun, sees compromising the singer as a ticket out of jail, Teza befriends him, risking falling into the trap of forbidden conversation, food and the most dangerous contraband of all, paper and pen.Lastly there's Little Brother, an orphan child growing up inside the walls. Teza and the boy are prisoners of different orders, but their extraordinary friendship frees both of them in utterly surprising ways.
Overturning our expectations, Karen Connelly presents us with a mystifying world that celebrates the human spirit, and spirit itself, in the midst of injustice and violence.

Winner of the Orange Broadband Prize for New Writers

Karen Connelly is the author of seven books of poetry and non-fiction. Her first book of prose, Touch the Dragon: A Thai Journal, won the Governor General's Literary Award for Nonfiction in 1993 and was a New York Times Notable Travel Book of the Year. Raised in Calgary, Connelly has lived for extended periods in different parts of Asia and Europe, and now divides her time between rural Greece, travels in Asia and her home in Toronto.