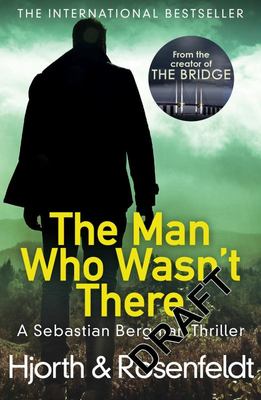 The Man Who Wasn't There (Sebastian Bergman Chronicles #3)

On the side of a mountain in Sweden, six bodies have been found. Skeletons, more precisely. These bodies were buried a long time ago. And for Sebastian Bergman that just makes the investigation into who they are, who killed them, and why, even more complex. Because Bergman has, of course, found himself on the investigating team. At first it was a chance to escape his ex-girlfriend and spend some time with his daughter, Vanja. An opportunity to try and build a relationship with her before it's too late. But soon he finds that he's more involved than he would ever want to be. And his personal life is horribly, disastrously, tangled up in it all ...

"Stunning ... This is a complex and compelling novel that invites comparison with Stieg Larsson's Millennium Trilogy." Sunday Times "Fans of Scandinavian TV dramas and clever thrillers will love The Man Who Wasn't There... I can guarantee it'll keep you on the edge of your seat." CultureFly "It's as good as Scandi lovers could imagine." Peterborough evening Telegraph "The Man Who Wasn't There isn't just a good chunky novel - it's a book that scores top marks for character plot and quality writing." The Crime Wrap

Michael Hjorth (Author) Michael Hjorth is one of Sweden's best-known film and TV producers, and a well-renowned screenwriter whose work includes several screenplays of Henning Mankell's Wallander. Hans Rosenfeldt (Author) Hans Rosenfeldt has hosted both radio and television shows, and is Sweden's leading screenwriter and the creator of The Bridge, which is broadcast in more than 170 countries.