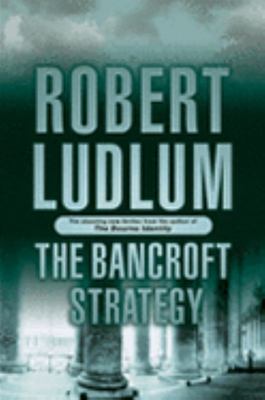 The brilliant new global thriller from the master storyteller ...

When Todd Belknap - a field agent for Consular Operations with a reputation as something of a cowboy - is cut loose from the agency after an operation goes wrong, his best friend and fellow agent is abducted in Lebanon by a vicious militia group. When the government refuses to help, Belknap decides to take matters into his own hands.

Meanwhile, hedge fund analyst Andrea Newton gets an unexpected call - she has been left six million dollars by a cousin she's never met. But there's one condition: she must agree to sit on the board of the Newton foundation, a charitable organisation run by the family patriarch, Paul Newton. Having never even met the family - her mother was married only briefly and cut all contact many years ago - Andrea is intrigued. But the foundation, which is dedicated to doing good deeds, appears less and less benign the more deeply involved she gets ...

What exactly is their involvement with the 'Genesis' - a mysterious group working to destabilise the geopolitical balance at the risk of millions of lives? As events escalate, Todd and Andrea must form an uneasy alliance if they are to uncover the truth behind 'Genesis' -before it's too late.

During a career spanning thirty years, Ludlum has sold 220 million copies in 40 countries in 32 different languages THE AMBLER WARNING has sold over 90,000 copies in trade editions Each new Ludlum book is a guaranteed Sunday Times bestseller Through his bestselling novels, the blockbuster BOURNE films and Erik Van Lustbader's thrilling sequel, THE BOURNE LEGACY, the Ludlum name has reached a new peak of popularity 'Ludlum stuffs more surprises into his novels than any other six-pack of writers combined' New York Times 'Reading a Ludlum novel is like watching a James Bond film ... slickly paced ... all consuming' Entertainment Weekly 'The real titan of the genre: the world's most read writer' GQ

Robert Ludlum began his professional life as an actor and producer for stage and screen. Following on from his success in theatre and TV, he launched his career as a writer with THE SCARLATTI INHERITANCE in 1971, the first of a string of consecutive massive international bestsellers.