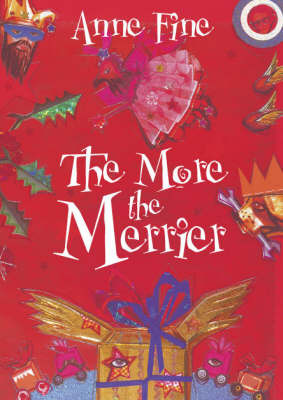 The More the Merrier

The Christmas holiday is, traditionally, a time for families to gather together. But more definitely does not mean the merrier in Ralph's household - not with Uncle Tristram hurling spuds at the cat, cousin Titania in her frilly dresses, nutty Great-Aunt Ida and others. Mum's on the verge of a breakdown and Ralph's been banished to his bedroom..

Anne Fine is also a distinguished writer for young people, and has won the Carnegie Medal twice, the Whitbread Children's Award twice, the Guardian Children's Literature Award and a Smarties Prize. An adaptation of her novel Goggle-Eyes has been shown by the BBC, and Twentieth-Century Fox filmed her novel Madame Doubtfire as Mrs Doubtfire, starring Robin Williams. Her books have been translated into twenty-six languages. Anne Fine has two grown-up daughters and lives in County Durham.