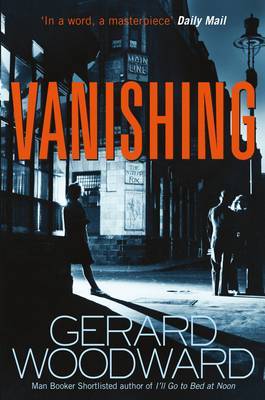 Towards the end of the Second World War a young British artist called Kenneth Brill is arrested for painting landscapes near the old village of Heathrow. The authorities suspect his paintings contain coded information about the new military airfield that is to be built there. Brill protests that he is merely recording a landscape that will soon disappear. Under interrogation a more complicated picture emerges as Brill tells the story of his life - of growing up among the market gardens of The Heath, of his life on the London art scene of the 1930s, and his brief spell as a master at a minor public school. But a darker picture also comes to light, of dealings with the prostitutes and pimps of the Soho underworld, of a break-in at a royal residence and of connections with well-known fascist sympathisers at home and abroad. So who is the real Kenneth Brill? The hero of El Alamein who, as a camouflage officer, helped pull off one of the greatest acts of military deception in the history of warfare, or the lover of Italian futurist painter and fascist sympathiser Arturo Somarco? Why was he expelled from the Slade?
And what was he doing at Hillmead, the rural community run by Rufus Quayle, friend of Hitler himself? Vanishing sees the world through the eyes of one of the forgotten geniuses of British Art, a man whose artistic vision is so piercing he has trouble seeing what is right in front of him.

This is a huge, complex novel, at turns both blackly funny and bleakly moving, driven by truly original characters, rich in obscure pieces of knowledge, evocative of a long-lost, little-known past, and always absorbing - in a word, a masterpiece. Daily Mail A sprawling novel of war, betrayal, art and the truth of storytelling itself Independent Tantalising ... playful yet sombre ... What impresses is how Woodward uses first-person narration to illuminate his protagonist's troubled psychology without direct statement ... An elegy for a lost England and an exploration of repressed sexuality, Vanishing is ... the work of an intelligent author pursuing his own path. Sunday Telegraph Clever, subtle, and rewarding ... an ambitious investigation into the nature of truth ... ingenious Times Literary Supplement Such narrative breadth finely accommodates Mr Woodward's incisive prose: he negotiates the strange topographies of the past with a tender, childlike curiosity Country Life A vividly drawn tale of war, art and sexuality Independent

Gerard Woodward is the author of a number of novels, including Nourishment and an acclaimed trilogy comprising: August (shortlisted for the 2001 Whitbread First Novel Award), I'll Go to Bed at Noon (shortlisted for the 2004 Man Booker Prize) and A Curious Earth. He was born in London in 1961, and published several prize-winning collections of poetry before turning to fiction. His collection of poetry, We Were Pedestrians, was shortlisted for the 2005 T.S.Eliot Prize. His most recent poetry collection, Seacunny, was published in 2012. He is Professor of Creative Writing at Bath Spa University.